Born and raised in Hackney and Bethnal Green, I was witness to much of the early changes to the East End in the 90’s.In walking distance to the bagel shop where me mother would regularly pick up half a dozen unfilled pretzels and bagels, arf N arf, while I stood staring at the cakes and trying to fathom exactly what salt beef was.
You could collect your paper a day before it was on the newsagents’ shelves and ava chin wag with the locals. I loved the old brick lane, the scruffy market as my old friend Doreen would call it, from the start of brick lane all the way through petticoat lane to the leather market. Back then I remember graffiti being cleaned off the walls and market goers much less fashionably orientated.
The burning smells of cooking chestnuts or ‘conkers’ as me mother would say, was one of those smells I could never figure out if I loved or hated. 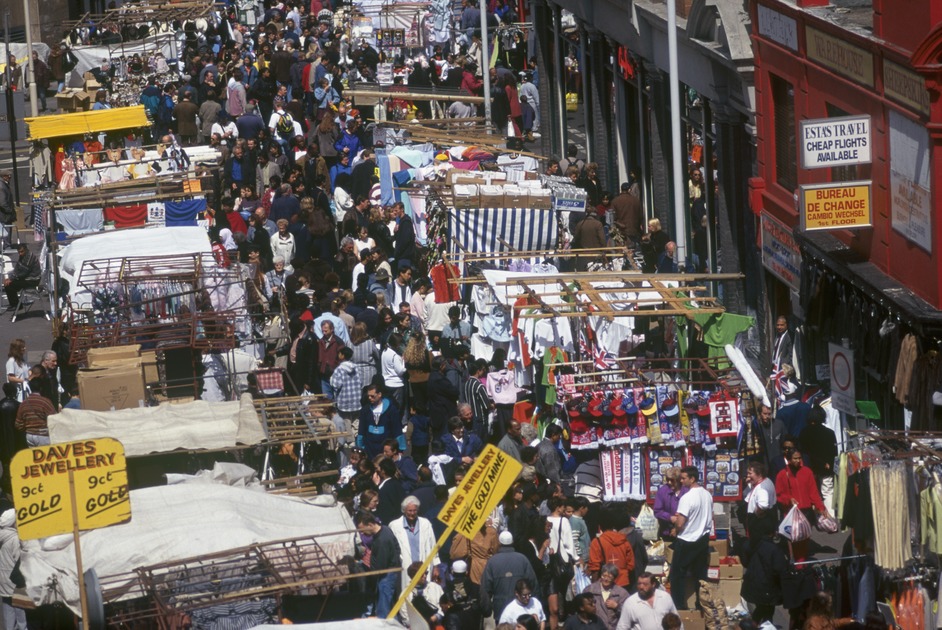 On the odd occasion that I’d have money to spend as a teenager it would be straight to Sportec on The Commercial Street for a pair of Reebok classics extra white. That shop was a classic for a bargain back in the day.
I’d walk the market for hours, there was something about it that just made me feel at home and of course as a teenager I would always find something I wanted but was never allowed; for me, it was a leather jacket biker style. 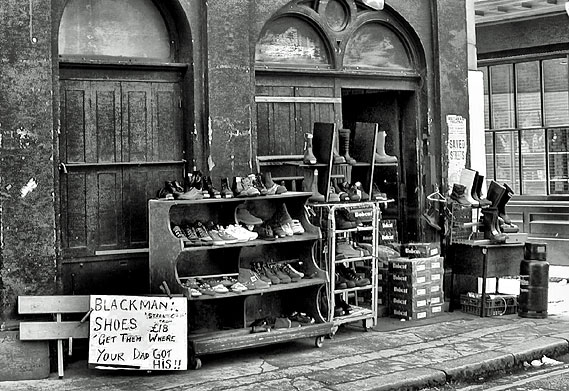 There was one shop I always had my eye on, crisp jeans pressed iron V neck jumpers and prices that had me dreaming; Ciro Citterio? Right In the centre of Petticoat lane, big windows with a designer feel. The shop has changed a few times since but I’d love to be able to jog someone’s memory for the name of that shop…

Our favourite pub in back in 1933. Photo by Peter Berthoud

Growing up in the East End and seeing the developments and changes was exciting but also felt a bit sad, the place I was so familiar with as a kid had changed into this overwhelming place of strangers with coolness (which as a kid I didn’t have).

One of the last times I visited Petticoat Lane before moving out of the area was when me and me sister had a girls day out down there, Liverpool Street was one of our regular hang out places and on this day we walked it all the way through. Stood avin a butchers at some of the coats on one of those ‘jumble sale’ type stalls I couldn’t quite decide what I liked. In the space of ten seconds I’d had me teenage brick (nowadays known as a mobile phone) pinched by a pocket tea leaf on the market. Me and me sister tried to leg it after him but he was long gone. I spent weeks not able to natter on the blower with me pals, that was one me last days down The Petticoat as a teenager and after that rather traumatising event, I was sadly put off. 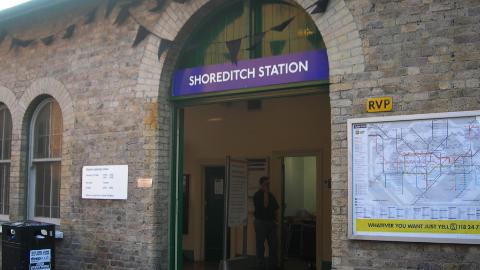 The former Shoreditch Underground station was sold by TfL to an anonymous buyer for £665,000

Seeing it now as an adult, I have to say I have this weird sense of proudness but how I managed to miss Mariah Carey grabbing a bagel I’ll never know.