I would like to begin by saying that I am The Turner Prizes biggest fan.I never thought it possible that I could ever consider myself to be known as an ARTIST. I have no formal training and thankfully still have both my ears! I do not know what it is like to suffer the unending torture of that final stroke, that little flick of the wrist that just completes and finishes the creation, maybe I can’t call myself a true artist because I am really quite a happy and cheerful person?

I have been following the Turner Prize for quite a few years now and thought my lack of artistic ability would hinder my chances of ever achieving my goal of making it as a top British Dauber, but it seems that this lack of any real talent will probably mean that I can win the next competition.

Please, could you send me an application form for the next prize? 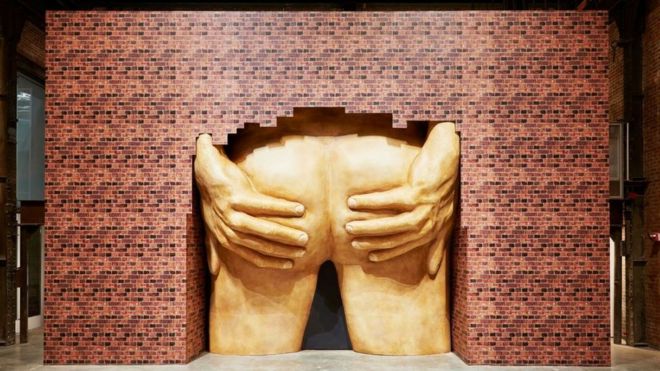 I was lucky enough to be standing, with a video camera in hand, near a warehouse in Leyton on Wed 26th May.

This warehouse was on fire and as the flames engulfed the building I overheard that it contained some fine works of British art!

I know now how that poor little boy felt in Monkeys painting, you see I too have waited patiently in the queue at the ice-cream van only to be told, as it came to my turn, that all the ice-cream was finished (I settled huffily for a Curly Wurly instead and prayed to God that Mr Nice-Creams brakes would fail on the next corner and he’d go hurtling over a cliff and smash into rocks (white ones) below like a big mobile flake making a perfect 99.

I was pulled back from the flames by the firefighters on numerous occasions as I tried in vain to rescue a little bit of Tracey’s soiled, blackened, beautiful, charred bed. Still, I managed to capture the happy event on camera and I shall enter my masterpiece in the next competition, I call the video ‘JUSTICE WAS DONE (WITH A CHERRY ON TOP) So, PLEASE send out that form A.S.A.P (as soon as possible).

Keep up the good work you do and I’ll see you at next year’s award ceremony?